About the Society | Types of Membership | How to Join 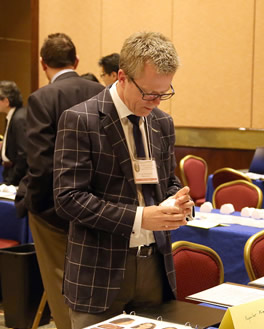 A Brief History of the Southern California Component of the Edward H. Angle Society of Orthodontists

The society grew out of a distinguished Angle School alumni organization begun in 1922. The initial focus was to build the Angle College of Orthodontia, which was completed in 1923 and located just west of Dr. Angle’s home in Pasadena. This was the world’s first freestanding orthodontic college. The home and college are now private residences.

The alumni met again in Chicago with the East Coast members in November 1930. This was three months after Angle’s death. As charter members, they initiated two activities: The Angle Orthodontist and the current Angle Society.

Angle trained a total of 174 men and nine women in California and at three schools in the East. Twenty-five became AAO presidents, 11 orthodontic department heads, and three dental school deans. Few fields have had a leader of Angle’s dominance and lasting influence. Even today, his Edgewise Appliance is still the major orthodontic appliance used worldwide.

The Southern California Component meets regularly once or twice a year. In the early days, it convened four times annually. Until recently, the meetings were held in Pasadena. At every meeting, each regular and affiliate member brings two finished cases to show on display. This provides an excellent learning tool, since each orthodontist places his or her “plaster on the table” for all to see and discuss.

George Hahn best described the spirit of the society on the occasion of the 25th anniversary, when he spoke of its good fellowship and absence of selfishness, jealousy, and deceit. He praised the opportunity for full and open exchange of knowledge.

The final word comes from Dr. Angle: “There is only one best way.”